Benefits of Choosing a Blockchain Infrastructure

Personal computers entered the market circa 1977, but didn’t really become a thing until the early 1980s. (The Sinclair ZX80 went on sale in the United Kingdom in January of 1980, and the Commodore VIC-20 shortly afterwards.) The advent of home computing technology opened up a whole new world of possibilities, both from professional and gaming perspectives.

Yet, this new piece of technology, this entity that began burrowing its way into the homes of millions of people prompted a wave of fear and anxiety. The term computerphobia began circulating around the press. The sheer unfamiliarity of this technological marvel imposed unforeseen barriers to its widespread adoption in the early years of home computing.

Technophobia is nothing new, of course. Feelings of fear or apprehension in the face of new technology have been known since the days of the Industrial Revolution, when workers looked at machines with mistrust and, often, outright contempt. On October 9th, 1779, a group of textile workers in Manchester set about destroying mechanical looms that were brought in to do their jobs. The group, known as Luddites, strongly objected to the use of machinery. In their view, machines could never replace the artisanship and craft of a trained weaver, and furthermore, the machinery threatened their livelihoods. Without support from the Government, the Luddites took matters into their own hands.

Things aren’t so extreme today, on the technological front at least, though the relationship between people and technology is, to this day, fraught.

In comes decentralised technology. Blockchain. Yet another evolutionary step in the ever-changing tech tree, and yet another harbinger of concern and mistrust, albeit for a range of different reasons than those felt by the Luddites.

This article dispels those fears while providing arguments to adopt blockchain for your infrastructure.

Blockchain (or distributed ledger, or cryptographic ledger, whatever you prefer to call it), this wunderkind of technological development has come a long way from its relatively obscure and niche origins. Yet, blockchain is still maturing, growing stronger, and more assertive. More and more use cases emerge from the minds of entrepreneurs and those with the foresight to see blockchain come into its own in the very near future.

Blockchain, by its very nature, is a global enterprise. The decentralisation of this technology reaches well beyond international frontiers. Every country around the globe can benefit from the implementation of a distributed ledger, in one form or another.

Yet, adopting blockchain technology can be harder to achieve, depending on geographical location. Let’s look at two examples, Europe and the United States.

A major driver of blockchain adoption in Europe is that the continent is wrapped around the proper rule of law. A properly functioning legal system can provide a solid basis for the adoption of new technologies.

Within the European continent, the reasons to choose blockchain are based on the advantages of the technology itself. These include, among others, the open source nature of the code, real time processing of data, and security.

Europe is a conglomerate of cultures, governance systems, individualist attitudes, and more relevant to this context, currencies, that must somehow coexist and find a way to work together to overcome these existing barriers.

Developing a common framework of collaboration, a technology that pays no attention to geographical boundaries, is therefore a priority. Blockchain technology does have that potential, the potential to create a collaborative environment where businesses, societies, governments, and other entities can work together through decentralised solutions. To this end, the EU’s executive arm, the European Commission (EC) founded the EU Blockchain Observatory and Forum, whose mission is to accelerate blockchain innovation and the development of the blockchain ecosystem within the EU and so help cement Europe’s position as a global leader in this transformative new technology, according to the agency’s website.

But of course, the very fragmentation that is inherent to the European Union poses a unique problem for the creation of these solutions. Issues of governance, data privacy and security, cross-border tariffs, and so on come into play when designing a system whose very reason to exist is to unify Europe into a single cohesive economic and societal platform.

The EU implemented the General Data Protection Regulation (GDPR) framework in May of 2018 with the specific purpose of addressing some of these issues, particularly regarding the handling of data traffic between Europe and areas outside the EU. Any blockchain solutions created for Europe’s specific business needs must comply with the governance rules specified in the GDPR framework.

Several agencies and private companies are currently researching, developing, or actively implementing blockchain solutions across Europe. Out of this pioneering group, Zaisan (formerly Europechain) emerged as one of the brightest beacons in the blockchain landscape around the Old Continent. Europechain is a GDPR-supporting enterprise blockchain platform managed and governed by experienced validators registered in the European Union. Its mission? Become a global leader in unleashing the power of next-gen tech solutions to improve and secure how people interact, transact, and live, according to its corporate blurb.

In other parts of the world, rule of law is more difficult to obtain, or very costly. You see that enterprises choose for blockchain for different reasons, like automating workflows in a contract.

Circumstances surrounding the wide adoption of blockchain in the United States is far more complicated than in Europe. The crypto environment as a whole has been the subject of strict scrutiny in America, mostly from a taxation perspective. Agencies such as the Securities and Exchange Commission (SEC), the Federal Trade Commission, and the Internal Revenue Service (IRS) monitor and regulate crypto, and by extension, blockchain. The IRS for example does not consider crypto as legal tender. Instead, it defines it as a ‘digital representation of value that functions as a medium of exchange, a unit of account, and/or a store of value’. This definition infers that crypto is a taxable asset. As a result, blockchain technology has had less penetration there.

The federated nature of the United States governing framework hinders the adoption of the technology and the mainstream acceptance of cryptocurrencies. Crypto exchanges are legal in some states, and illegal in others, for example. Because it is up to the individual states to write and introduce legislation, local interests, personal biases, or plain ignorance become barriers to entry. The situation is likely to become more difficult, from a legal perspective at least.

Several factors were at play during the Luddites’ revolt in 1779. Fear of change, for sure. Evolution can be a traumatic event for some. Financial concerns, too, as they felt their livelihoods were threatened. Social discontent might have been a motivator too. But perhaps one of the biggest issues prompting the backlash was ignorance of the new technology, and how it could, in the long run, become the basis for prosperity.

One can easily extrapolate the Luddites’ attitude to today’s environment. Financial agencies, including banks, the IRS, etc. are afraid that the decentralisation of financial services thanks to blockchain infrastructure might render them obsolete and put them out of business. A valid concern, but traditional banking systems have often been described as legal usury, so adjustments are needed to put the power back in people’s hands. Blockchain can do this.

And again, legacy entities like banks and financial institutions often show ignorance -real, or wilful- about blockchain technology. The potential for decentralised power is there, for the empowerment of people and the establishment of a new financial and social structure where the balance of power is restored. Just don’t be a Luddite about it! 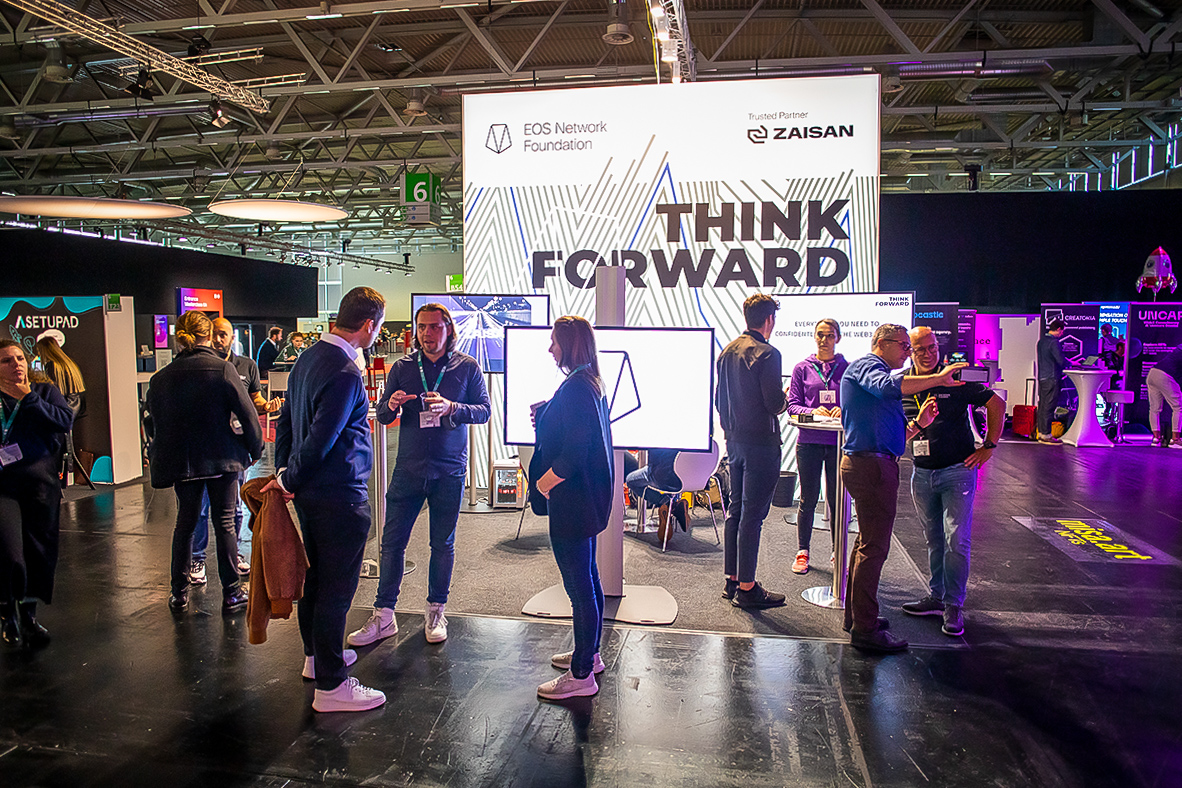